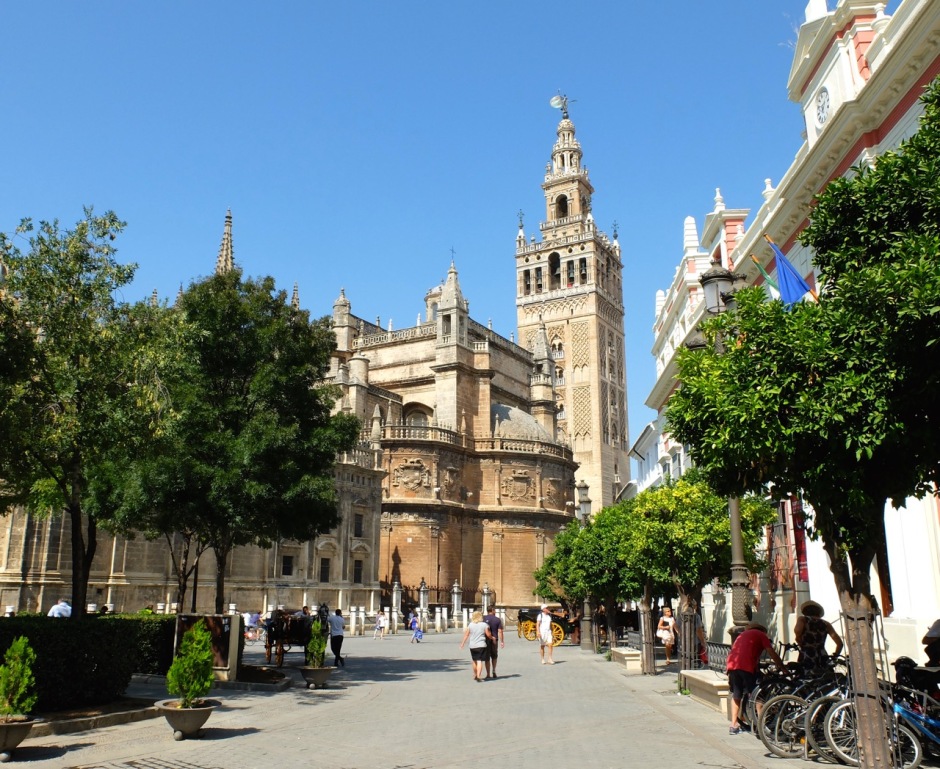 Pronounced “Se-vee-ya”, Andalucia’s aristocratic capital is full of history, culture, irresistible charm and incredible passion! The people are in no particular rush; the day starts late, then there’s lunch at 2pm, followed by a siesta, and the evening stroll (Paseo), and finally a late dinner around 9:30pm…Our taxi driver described it best, “we (Sevillanos) enjoy life, and work to live, unlike you Americans who only work work work” (that’s right, no punctuation 😉 )

While you could easily spend a week in Seville; taste their excellent cuisine, witness the emotional (that’s right!) flamenco and folklore, admire the architecture with its complex craftsmanship…we had a mere three days to soak it all up!

This required planning and a list: Top 8 things to do in Seville

We drove into the city from Granada by way of Ronda and checked into our historic and interesting hotel Las Casas De La Juderia. A fairly large property in a very convenient location! Although the hotel had some dated rooms desperately requiring a bit of an update, the hotel lobby was very pretty and the garden nook made for a lovely setting for some morning coffee. 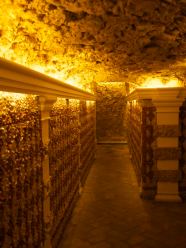 The alley leading up to the rooms 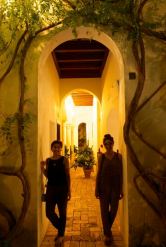 Our rooms shared a courtyard

The third largest church and THE largest cathedral in the world, the Seville cathedral is a majestic view on a sunny day (lucky for you, Seville has lots of sunny days).

It took us an hour to see the interior of the church, and we learned some interesting facts:

Can you spot Granada?

close-up view of the crown 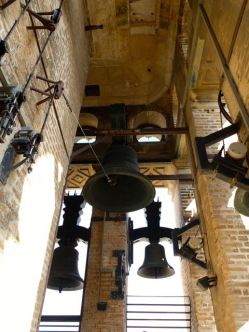 A quick rest before we move on! 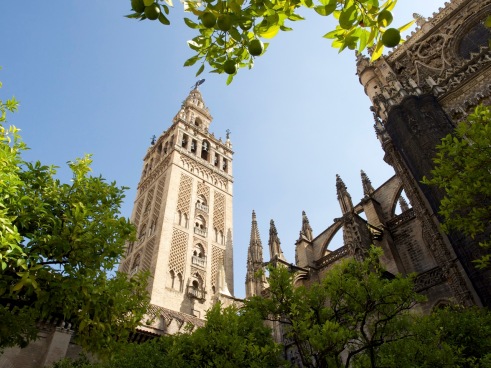 Looking up at the bell tower from the courtyard 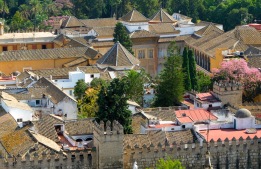 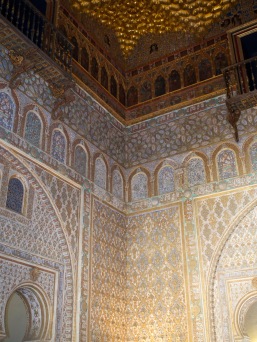 Being “proper” at the palace 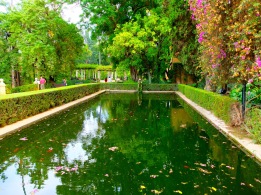 peacocks roam about the gardens

A charity hospital built to care for the aged and infirm, was founded by Miguel De Manara, who allegedly was a notorious (and very wealthy) libertine. Based on legend, he quickly reformed after he saw a vision of his own funeral procession (Hmmm)

The Seville Bullring (Plaza De Toros) is an elegant structure and the most ancient bullring in Spain! 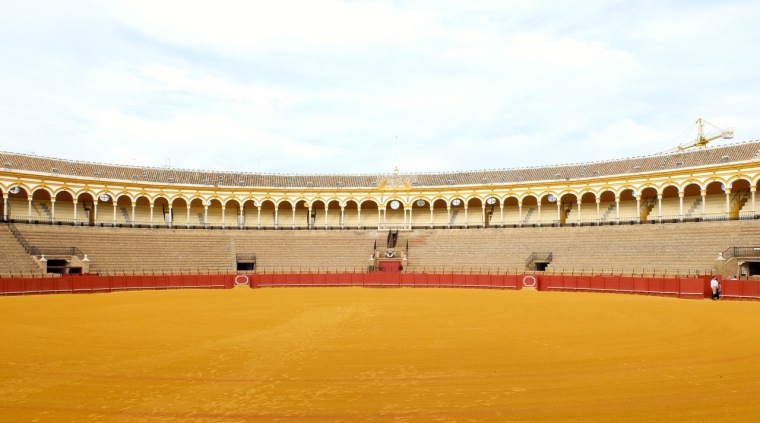 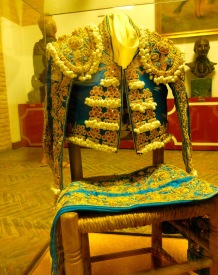 A magnificent palace that looks straight out of a fairytale setting and quite frankly, a bit out-of-place… We got here after a nice evening stroll through the city center. Some facts: 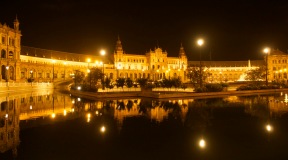 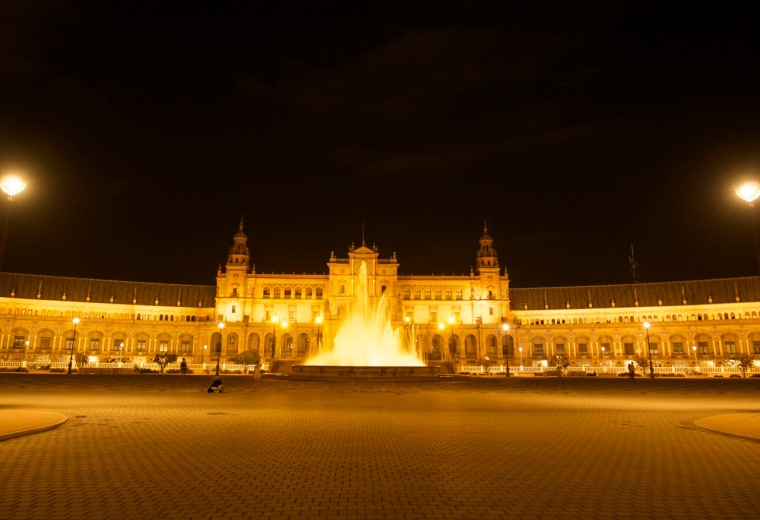 Now, this is true Seville! Flamenco is based on spanish folklore, and is an amalgam of dance and sounds from the gypsies of Levant, North Africa and India. You can see a flamenco performance in a couple of different ways; Tablao (big razzle-dazzle performance in a proper venue), or a more intimate/impromptu performance at the local bars. Of course, we went for both!

Yep, we can attest to that! an emotional/ intense performance (relative to the gypsies in Granada) and a must-see!

pretty cool bar to hang out

getting ready for the performance

An artist in the corner

7) Eat and Drink the Spanish way

Be prepared for some late meals! This worked out fine for us since we’re not much of an early eater, and also allowed us time for sight-seeing without being rushed for food… 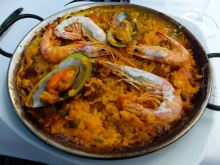 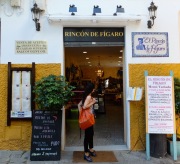 Take in the sights and walk through the streets one last time before you bid adieu to the lovely and gracious city! The cathedral looks so different at night… 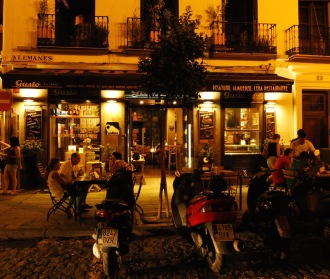 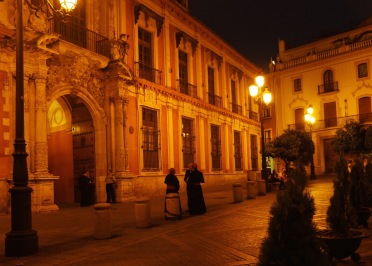 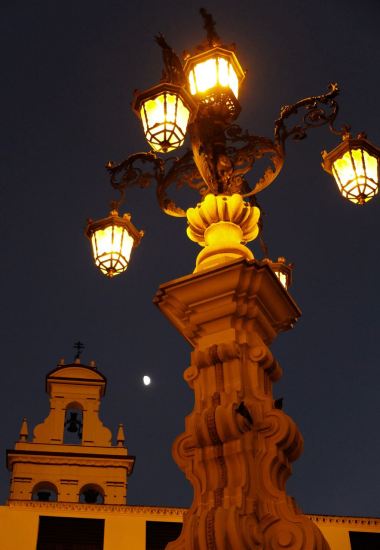 Bonus: Don’t forget to send one of those vintage Seville postcards! 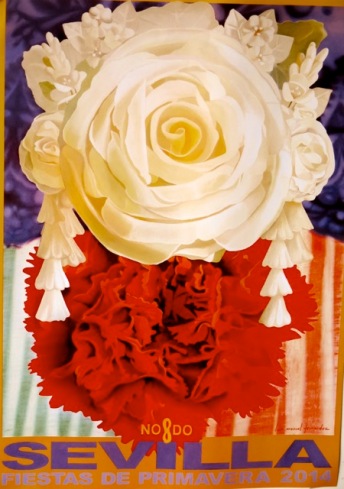 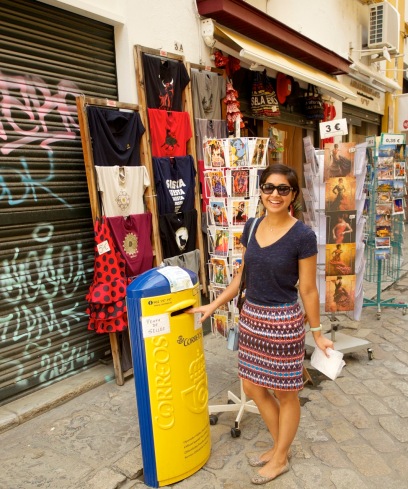 And there you have it! An incredible and perfect end to our journey through Andalusia. 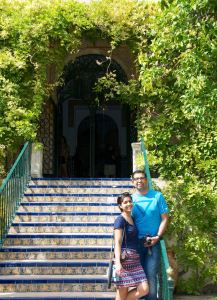 One thought on “Top Reasons to visit Seville; the City of Passion”